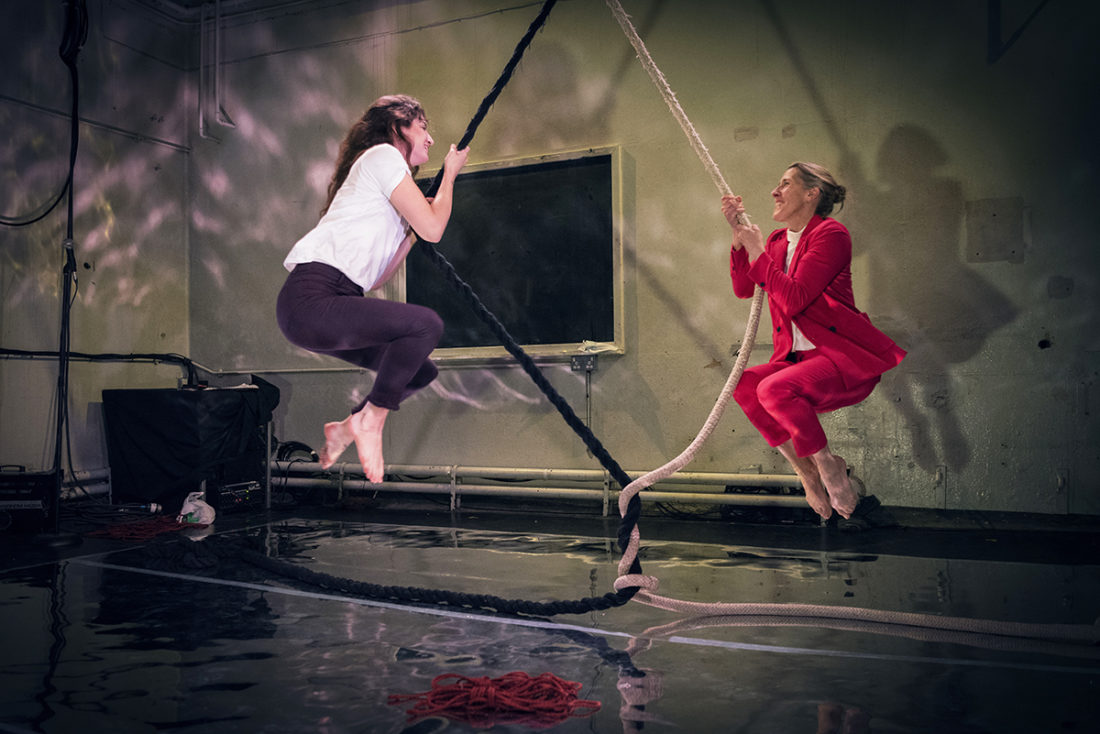 It’s hard to believe that we’ve been up here at the Fringe for a week now, for what’s known in the trade as ‘Week Zero’. I’ve already gone from my lowest to my highest ebb and it’s just the start of it!

‘Everything I See I Swallow’ at Summerhall has just got into its stride after 2 previews (one not bad, one pretty terrible), but reviewers coming on the first, second and third nights. Jeez that is SO stressful. Why do they come so early?  For the second preview we had a bulb blow on the Summerhall projector, so we had absolutely no projection and the sound cues were all over the place. Maisy and I soldiered on but it felt like we were fire fighting the whole time and was a really horrible pressure to be under.  I discovered after the show that we had 3 reviewers that night!!  We’re sorted that issue and replaced the bulb and are back on track.  It’s taken a few shows though for us to settle in and we’re only now ready on the fourth show and can only now start to tell the story with the conviction, confidence and skill it deserves. Do some companies just ban reviewers until after the previews?  It certainly would have helped us.

We’ve had some amazing feedback already though and the press seem to like it and we’ve even performed on Mervyn Stutter’s Pick of the Fringe at the Pleasance so things are picking up.  The word is out there and spreading!!

Feedback and reviews so far:

People loved the way the rope was used as a metaphor for things, which we’re delighted about.

We’ve had 2 press reviews so far – both from our Previews. Things we can quote:

“Aerialism requires the characters to have complete and utter control of their bodies and the blend of performance styles is utilised to forceful effect throughout. Rope scenes appear both effortless and exhausting; much like the seemingly unsolvable conflict at hand. The chemistry between the two is transfixing and intimate as they work to iterate their perspectives on femininity.”

“Everything I See I Swallow is compelling. The performances from both Tamsin Shasha and Maisy Taylor keep the audience gripped throughout…..the sharp but mesmerising atmosphere they create on stage kept me transfixed….beautiful and impressive aerial performance”

I’ve seen some great shows already including a superb piece called The Canary and the Crow by Middle Child (surely destined for a fringe first?!) and Teach at theSpace, directed by our very own Helen Tennison with a stand out performance by Matthew Roberts from Bread & Butter Productions.  Laura Murphy’s Contra is also worth a mention, awesome and epic aerial work in the same space as we are performing our ‘Swallow’.

Maisy and I are on Summerhall Radio later today – better go and get ready for that……
Onwards, and quite literally, upwards!